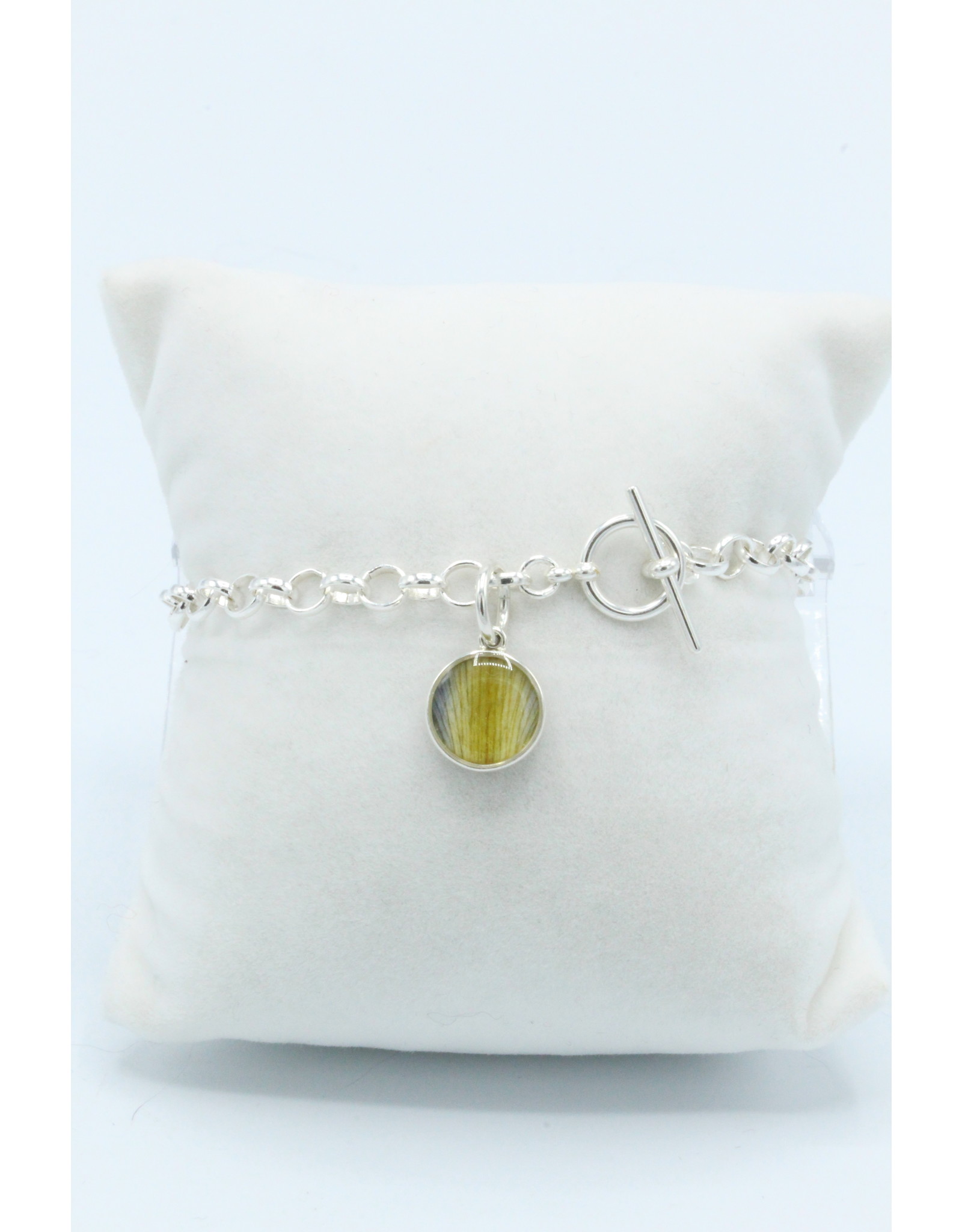 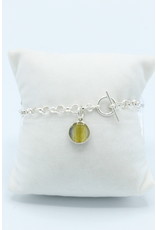 Resembling the fleur-de-lis, the Blue Flag Iris replaced the Madonna Lily as the provincial flower of Quebec in 1999. Growing along shorelines, rivers and ponds, it is one of the most widespread native species from the prairies to the east coast. It symbolizes power, with the three parts representing wisdom, faith and courage.

* Please allow for slight variations as each pendant contains pressed flower petals so no two pieces will be identical.