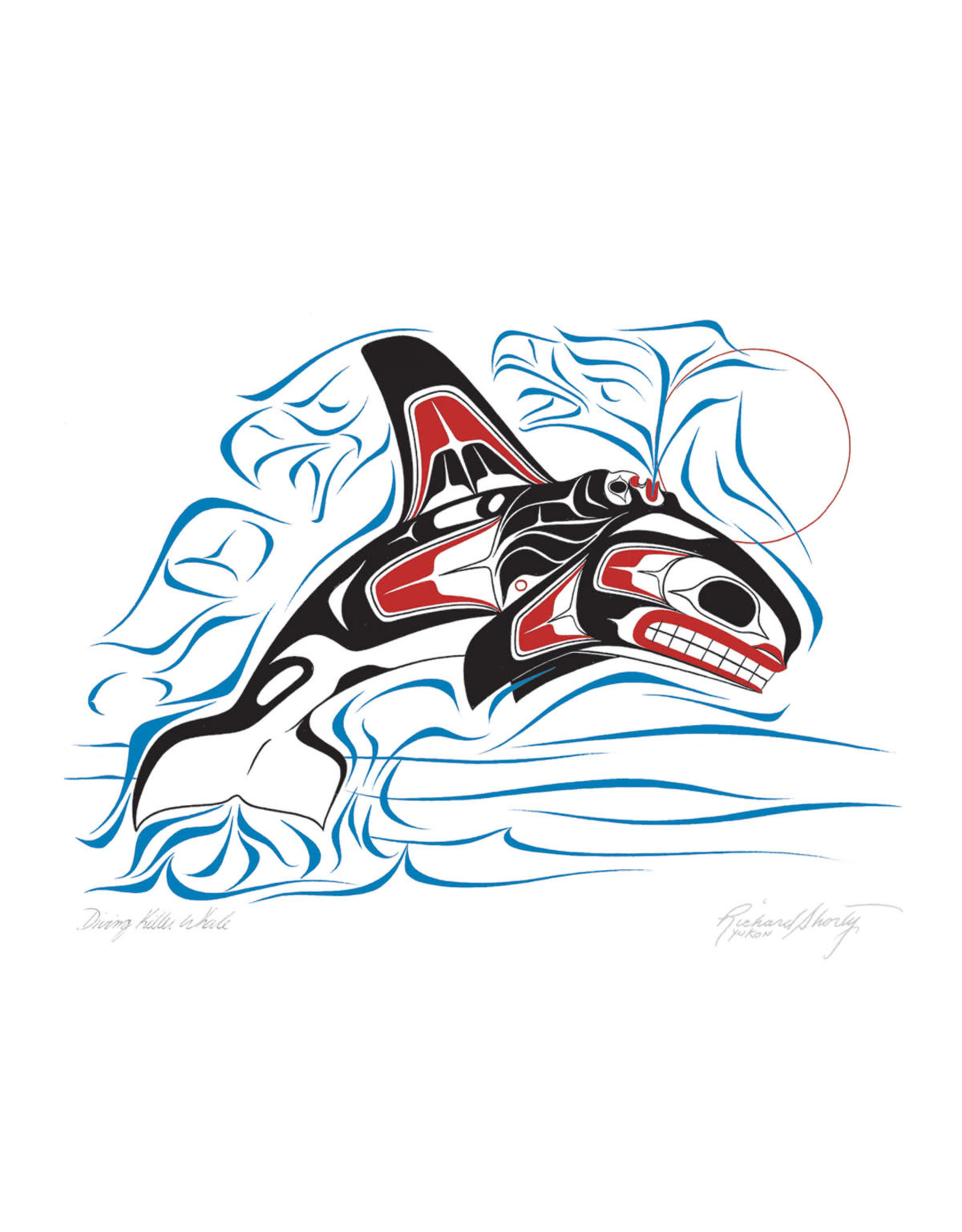 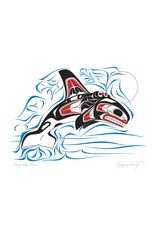 Richard was born in Whitehorse, Yukon Territory in 1959 and belongs to Northern Tuchone Tribe. Richard is a self taught artist. He originally started painting wildlife at an early age along with painting his favorite rock star or sports idol. In 1978, Richard moved to Vancouver.

In the early 1980’s, Richard started painting West Coast Native design and soon developed his own distinct, style, using the wildlife form of the animal and adding his native design on the inside of the form. By now, stores were asking for and purchasing his work.

Over the years, Richard has moved around – Vancouver Island, Richmond, Whitehorse, always returning to Vancouver. Today, Richard is one of the most sought after Native artists, with works in many galleries throughout. He is very versatile, working on drums, paddles, masks, rattles in addition to his paintings. His pieces are collected internationally.