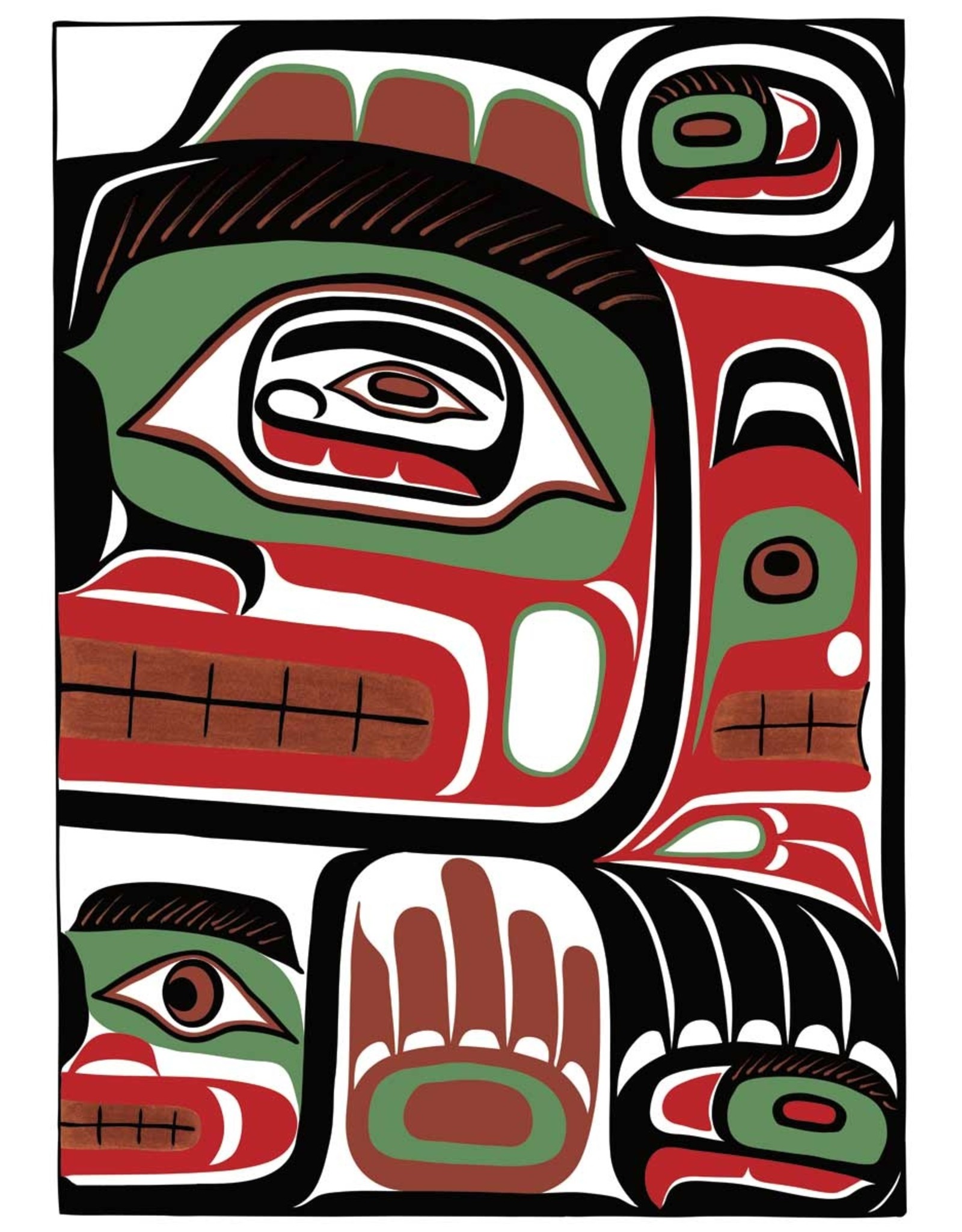 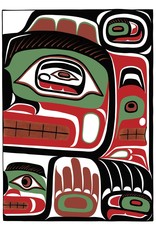 Sean Whonnock (Wanukw “River Owner”) was first introduced to the North West Coast Native art form by his late cousin, Kwakwaka’wakw artist Joe Peters Jr., who he watched carve as a young child.  By the age of twelve, Sean was selected to enter a carving program led by George Hunt Jr. This opportunity further educated, encouraged and influenced his abilities as an artist.

Sean has been professionally carving and painting since 1990. While Sean has learned a great deal from studying the works of various artists such as Mungo Martin, Willi Seaweed, and Charlie James, he has also received guidance from Richard and Tony Hunt.

Sean produces prints, drums, and sculptures in addition to works in wood. He is particularly well-known for his shaman rattles, which showcase both his technical skill and his distinctive style. Sean is continuously refining and defining his own style.