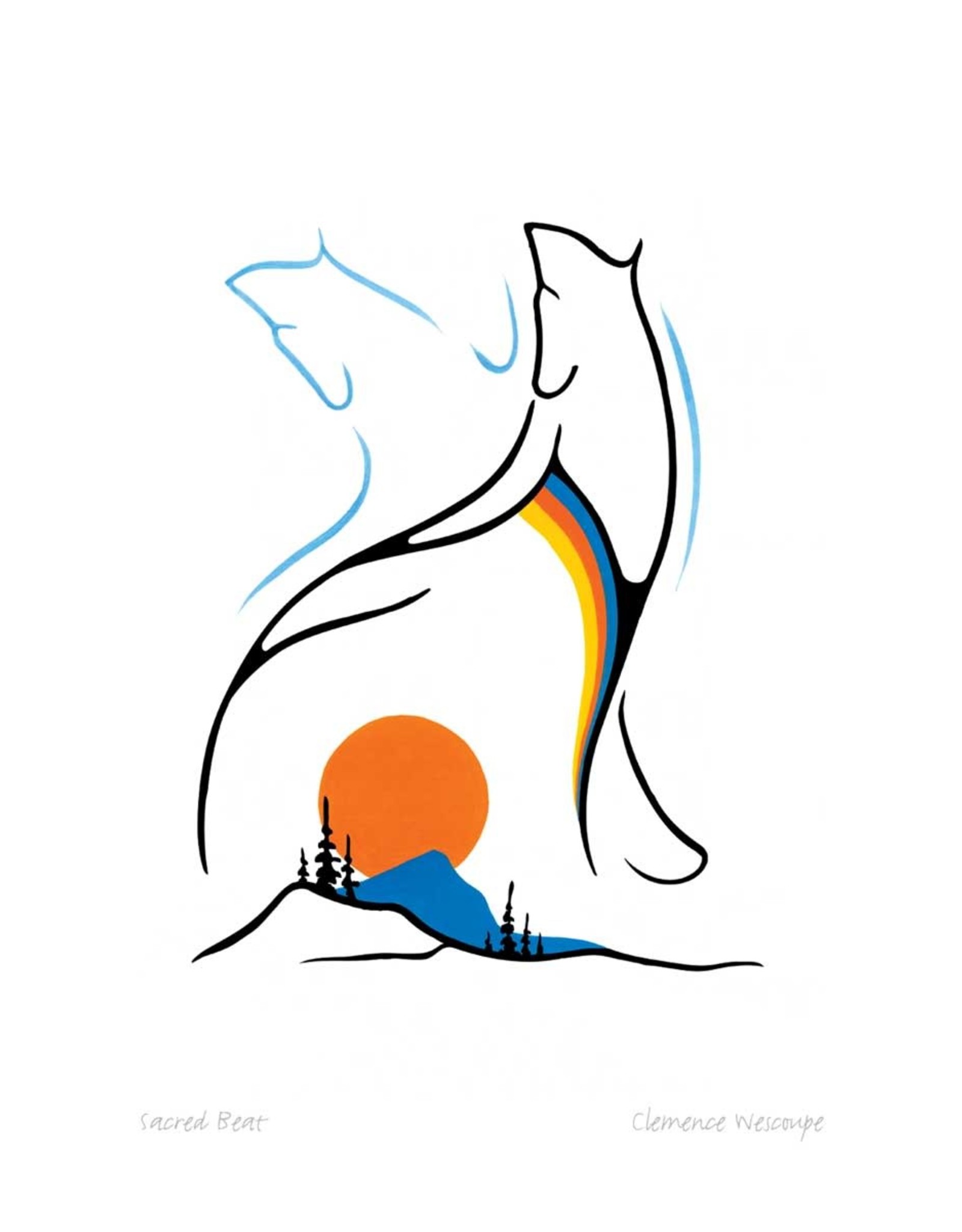 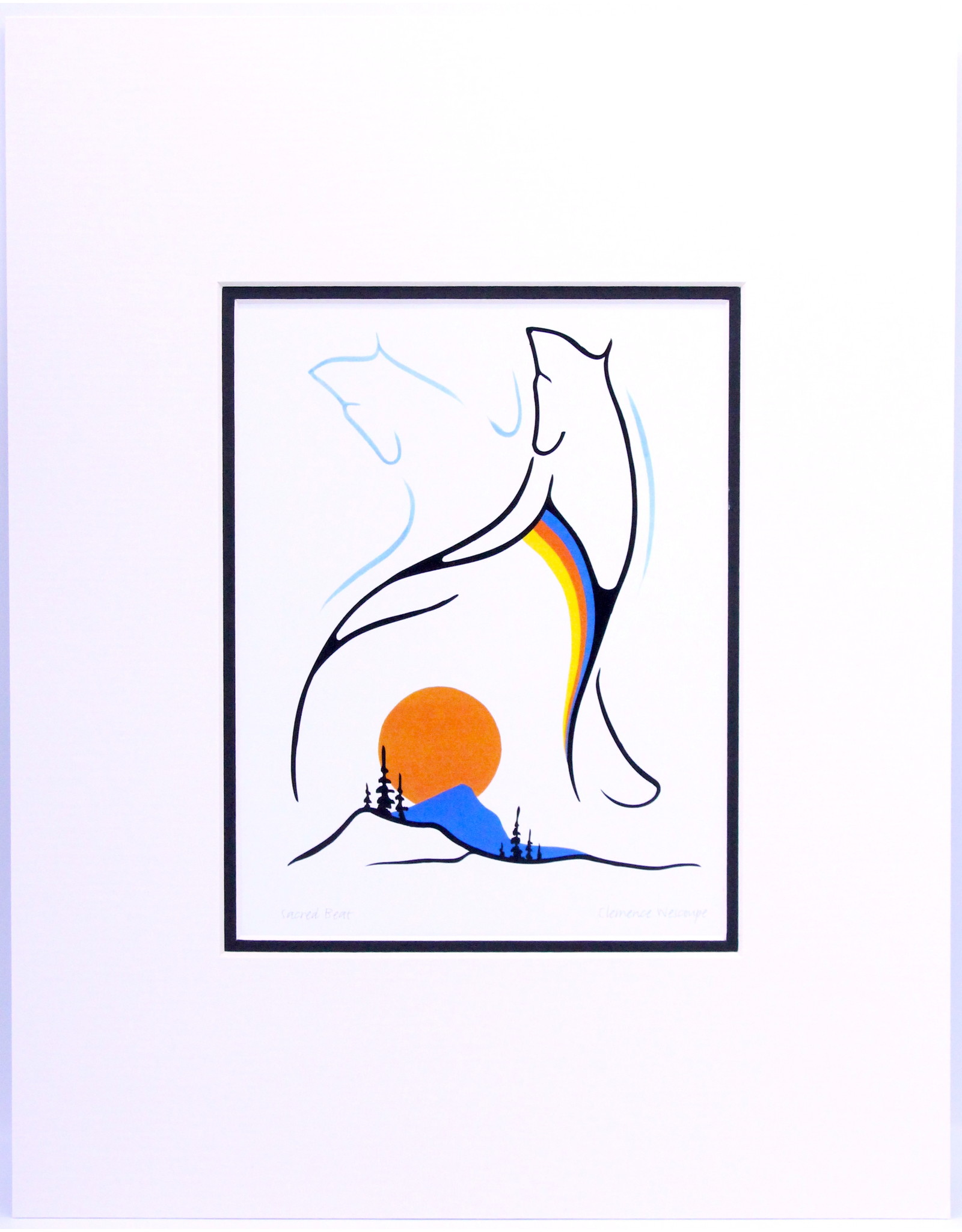 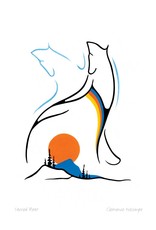 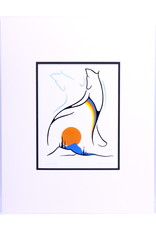 Clemence Wescoupe, Ojibway, of Saulteaux background, was born in 1951 on the Long Plain Reserve of Southern Manitoba. His native name is “Oo-za-biness”, which means “Brown Partridge”. Wescoupe’s work began following the early Woodland and Prairie Aboriginal tradition of such artists as Daphne Odjig and Jackson Beardy and in 1976 started his own graceful, flowing lines and stylized forms, emerging somewhat at the same time as Benjamin Chee Chee’s work was introduced into Winnipeg area. Clemence emerged in mid-seventies when Robert Checkwitch of Great Grasslands Graphics first saw his work and began publishing Wescoupe’s silkscreen prints.

Guided with a powerful sensitivity to emotions his art is concerned primarily with spiritual guardianship. Nature in its pure form provides an endless source of inspiration, yet many of its images are familiar and its appeal immediate and profound. A self taught artist, he achieved national and international acclaim in his early youth. Undoubtedly, he is the most collected Indian artist.