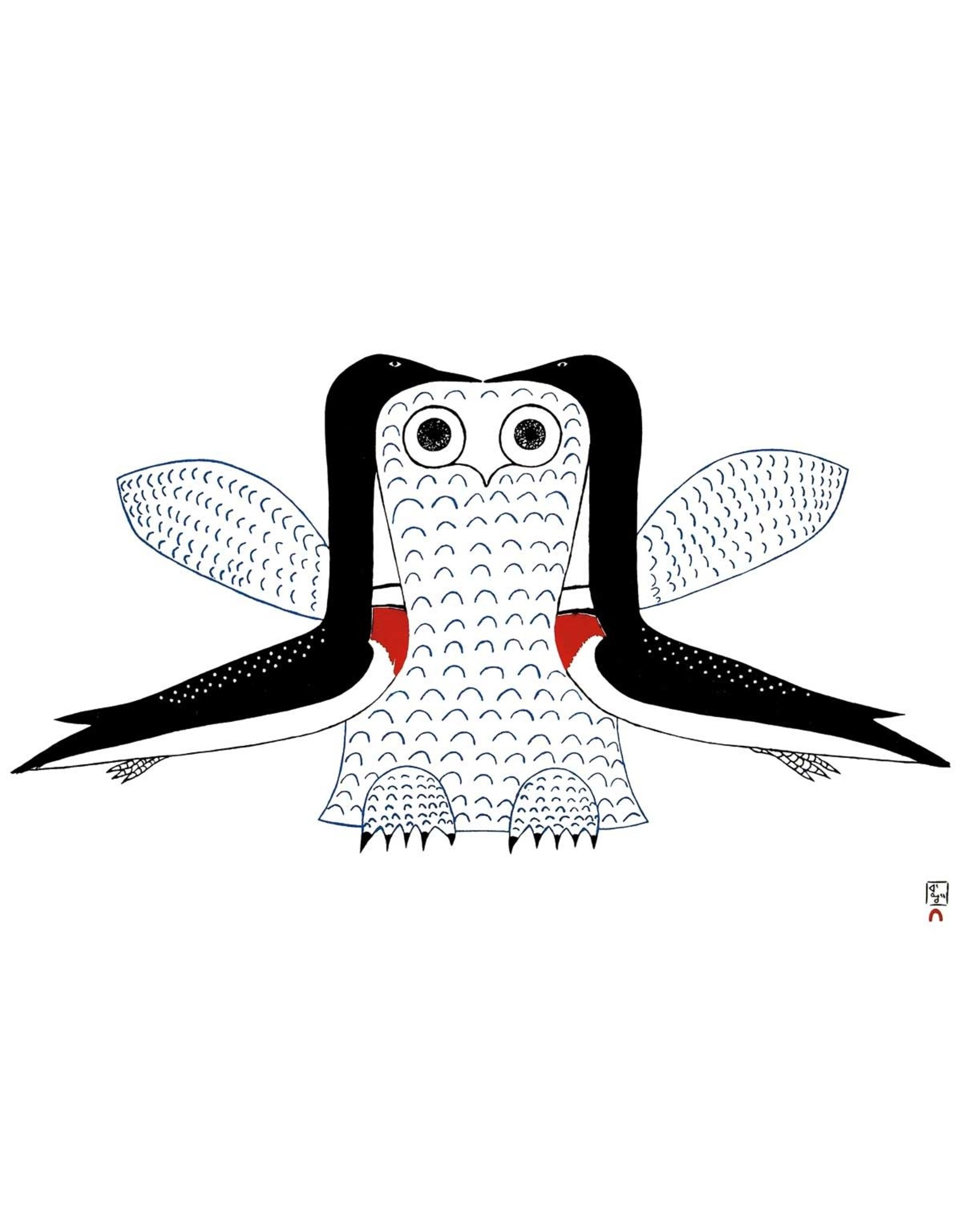 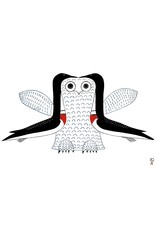 “I enjoy doing colourful drawings, of peoples, animals, birds, and especially the landscape. I used to enjoy hunting on the land, so that’s what I draw. I’ve done a few drawings of shamans, although I’ve never seen one. They are stories, true stories, told by my grandmother.”

Ohotaq was born on 1936 and lived in Cape Dorset with his wife Qaunak, who is a carver and traditional throat-singer. Ohotaq began drawing in the early years of the print program in Cape Dorset, and his print, Eskimo Fox Trapper, was released in 1961. He became less involved with drawing as the community grew, working full-time instead for various community agencies. After his retirement from his job as caretaker of the Peter Pitseolak School in Cape Dorset, Ohotaq resumed his interest in drawing. In the later years, Ohotaq was a daily fixture at the table in the Kinngait Studios, working on drawings covering a wide range of themes and subjects, including an illustrated life history.

Ohotaq had his first solo exhibition of prints and drawings in 2010, and in 2012 a number of his large scale drawings were exhibited in a highly acclaimed show alongside Venerable Canadian artist Jack Bush at the Justina M. Barnicke Gallery at the University of Toronto.