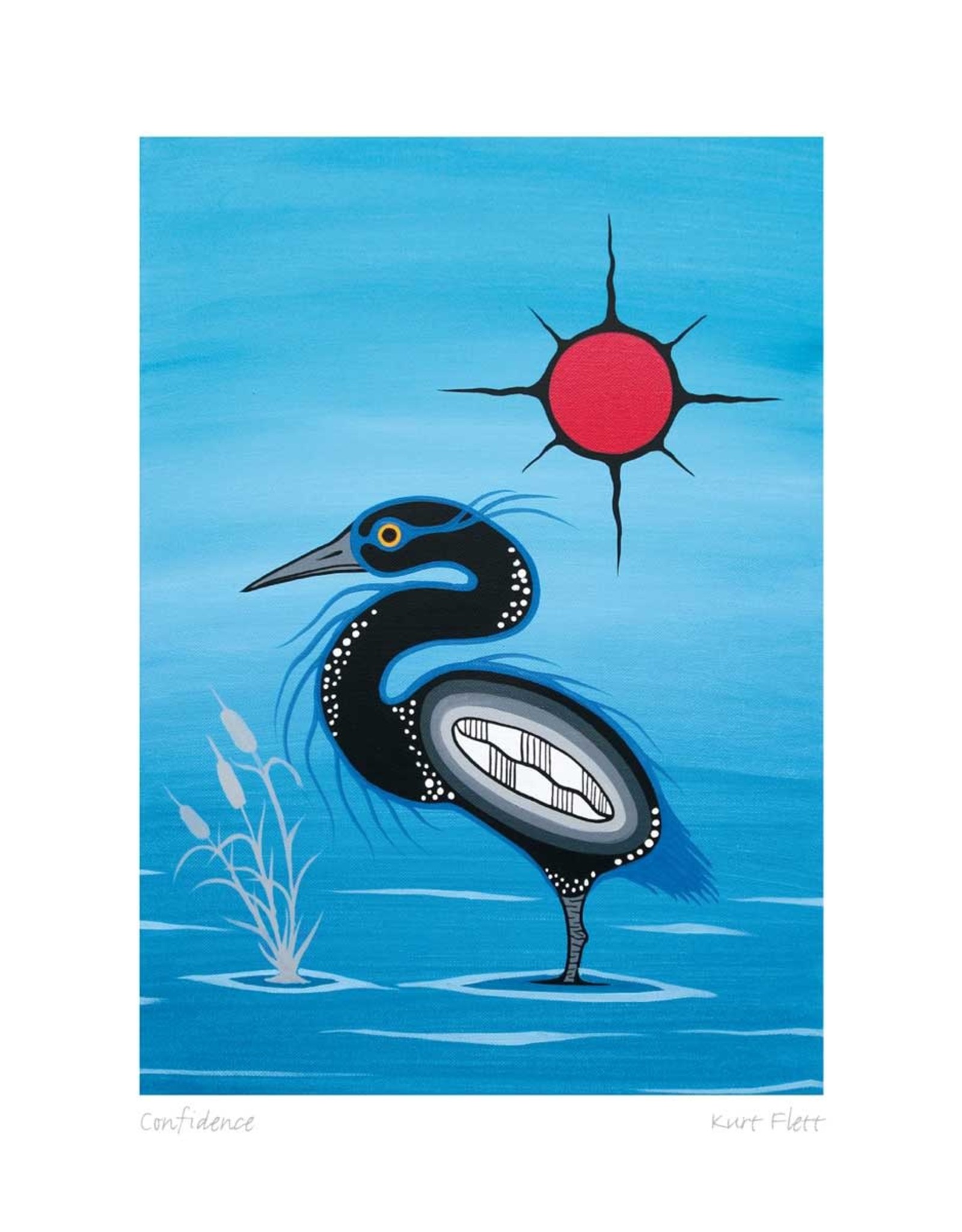 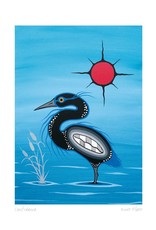 Kurt Flett is an Oji-Cree (Swampy Cree) from Garden Hill First Nations in the Island Lake region of northern Manitoba. Born in 1956, and raised at Garden Hill, Manitoba, he began drawing with pencil crayons around the age 11 and was influenced by such artists as Jackson Beardy and Stanley Monias.

He worked as a teacher for ten years before pursuing a full-time career in 1986. Kurt’s journey would lead him into devoting all his time doing what he loves - sketching, painting, and illustrating. Kurt joined with fellow community members Jeff Monias and Eddy Munroe in popularizing the Woodland school of Aboriginal art.

His work is exhibited across Canada, Europe, and the United States, and was strongly influenced by Woodland Cree artistic traditions. A red sun was a characteristic element of his works. He died on the 8th of May 2011, from complications of diabetes. He was buried in the Aboriginal Memorial Gardens.